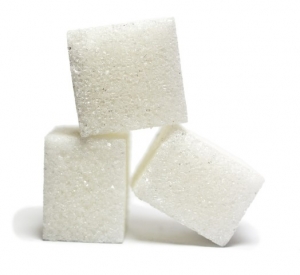 Carbohydrates are perhaps one of the largest family of compounds in organic chemistry. As the name implies, carbohydrates are simply hydrated carbon molecules with complex structure. Perhaps the most well known 'sugar' is that of sucrose, or table sugar, but this is only of several hundred types of carbohydrates in nature.

In green coffee, carbohydrates represent about 40-50% of coffee's chemical composition consisting of both soluble and insoluble fractions.

In the case of Arabica, there is almost double the concentration of sugars than that of Robusta. Table 1 below outlines the basic differences in carbohydrates content between each species. 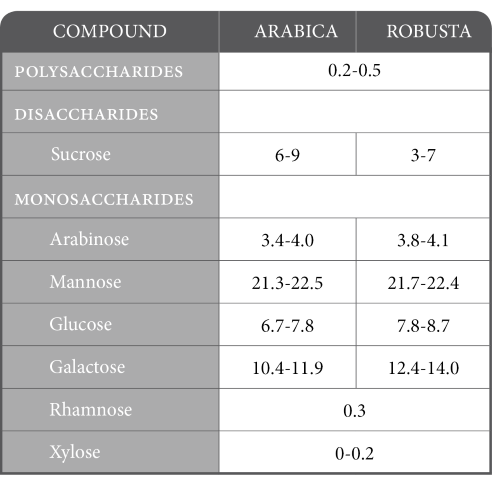 In the case of sucrose, concentration will vary significantly with the degree of ripening and it should always be considered when making analytical comparisons. This is particularly true for defective beans where differences between sucrose, fructose, etc. can vary significantly based on grading & separation techniques.

Although carbohydrates is simply a general term for a large class of compounds, the essential building block is glucose (Figure 2) which can combine in various ways to produce a near infinite series of more complex molecules.

During roasting, sugars play a critical role with many of them participating in the Maillard reaction – a reaction, that is of prime importance to cooking/roasting. During roasting a large portion of these molecules combine with amino acids in the coffee to form a series of hundred's of complex compounds which give coffee its unique flavor and color.

More in this category: Roasting Chemistry: The Role of Sugars »
back to top