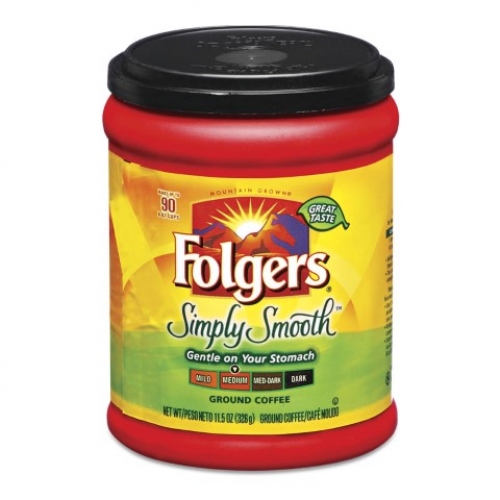 Simply Smooth, introduced last spring by Folgers' parent company Procter & Gamble, is one of a growing number of "stomach-friendly" coffees now available. Other, smaller manufacturers are also offering easy-on-the-stomach coffees, including Gentle Java from Coffee Legends and Puroast Low Acid Coffee. And one coffee company, based in Germany, has been marketing to the niche for decades.

But even as the market for stomach-pleasing drinks grows, some prominent gastroenterologists question the premise that coffee causes stomach problems. A Recent study by Stanford University researchers found that there was a little scientific evidence to support the idea that eliminating coffee - and several other foods and drinks - helps cure persistent heartburn.

The Stanford study, that appeared in May in The Archives of Internal Medicine, evaluated published medical reports from 1975 to 2004 on heartburn. The study found that there was no evidence that giving up tobacco, alcohol, coffee, spicy foods, citrus, or chocolate helped decrease heartburn.

Research on coffee's impact on the digestive system was contradictory, the Stanford study found. "Given the conflicting reported data, the relationship between caffeine and coffee and GERD remains unclear," the study concluded. "There is insufficient evidence to support the routine recommendation that patients with GERD avoid such behavior."

As for the idea of stomach-friendly coffees, Katz said: "The contention that changing the composition of the coffee might reduce reflux or the acidic nature of coffee would be a nice thing. But if you were going to quote me, I would like to see much more scientific data before I felt it had a foundation for which I would get overly excited to tell people to give up the coffee they liked."

Stomach-friendly coffees have been around in Europe since at least 1927, when Darboven patented its low-acid coffee, Idee Kaffee, a product still popular today.

It was German stomach-friendly coffee that persuaded Procter & Gamble to try to create its own brand two and a half years ago, along with consumer research that indicated that consumers were frustrated by the stomach problems they associated with coffee. 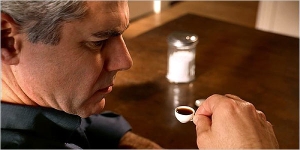 Nancy Lakes, section head for product research and development at Procter & Gamble, said that by experimenting with the roasting process, the company found that it could reduce the level of irritants and bitterness in the coffee while maintaining the taste and caffeine, she said.

The company estimates that stomach-friendly coffees could eventually capture 10% of the $19 billion in coffee sales in the United States. Unlike some coffees that are advertised as low in acid, Simply Smooth has about the same acidity as regular coffee. It costs about 20% more than regular coffee.

More in this category: « Coffee Contains More Fiber Than Orange Juice Can Coffee Stimulate Hair Growth? »
back to top