The origin of coffee has been shrouded in numerous myths for centuries but has its roots in the Middle East.

One story tells of an Abyssinian, currently Ethiopia, goat herder named Kaldi who after stepping out into his field was shocked to see his goats missing. In search for his missing goats, he went out to the forest only to find them gathered around a coffee tree dancing wildly. To his surprise, the source of their excitement was a red cherry hanging from several coffee trees.

Intrigued by this, Kaldi himself tried the strange cherry and soon found himself dancing alongside his four legged friends. He shared his discovery of this 'miraculous berry' with monks from a nearby monastery.

The monks, initially skeptical, wondered why such a simple berry would have such a profound effects on man. Believing it contained satanic supernatural powers, the monks cast the berries into fire as to 'exorcise their powers', but they could not resist the coffee's wonderful aroma coming out of the fire.

As such, they ordered that the beans be drunk with hot water "so the goodness may flow through the liquid" and soon the beverage was used exclusively by monks in monasteries.

As history would have it, coffee became an important beverage to church since it allowed monks to work late into the night translating Biblical scriptures.

Another story tells of a young Muslim mystic named Omar, who was ousted from society by his enemies only to live in the wilderness in solidarity. With nothing else to eat, Omar had found himself surviving solely on a ration of coffee cherries. 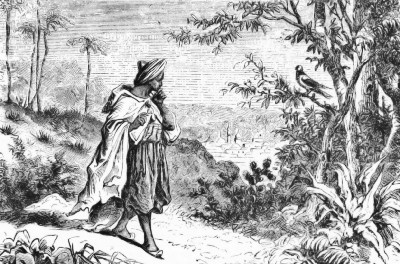 Whether it was Kaldi or Omar who are credited with the discovery of coffee will always remain a mystery. What we are sure of is that the coffee plant is indigenous to the Kaffa region in Ethiopia discovered some 2,000 years ago.

Coffee as we know it today has far evolved from its early inception. Initially, it was the Galla tribe in Ethiopia that mixed these red berries with animal fat to create an early form of energy bar.

Later, the beans were fermented to create a wine, known as 'quawah' which was used exclusively for religious ceremonies. At the time, Ethiopia held a monopoly on coffee and it wasn't until it was smuggled into southern India, that it soon began to spread. But it was the Dutch, French and Portuguese that are credited in bringing coffee into the New World.

By this time, the demand for coffee had grown significantly in Europe and entrepreneurs sought new lands in which to cultivate this new crop. What ensued was the rapid cultivation of coffee throughout the West Indies, Indonesia and what now known as the islands of Java.

Gabriel Mathieu de Clieu is the one who holds the most credit for actually to bringing coffee into the New World. Gabriel, a naval officer, believed that coffee would grow well in the warm temperate regions of Martinique and in 1720, set sail for the French colony.

Despite pirate attacks, sea sickness and water becoming a scarce resource, Gabriel shared his small ration of water and managed to keep his plant alive. And what a payoff it was!! This single plant became the progenitor of coffee trees planted throughout the New World.

Up until the 1600, coffee was known as a Muslim drink and its spread throughout Vienna, Italy was vehemently opposed by the Catholic church.

The church opposed this so much that Pope Clement VIII condemned the consumption of coffee, calling it "Satan's drink' because it provoked intellectual thought, which lead to the formation of revolutions.

Many Catholic priests soon gathered to persuade Pope Clement to ban the beverage throughout Europe, but as soon the Pope tried the beverage, he loved it so much that he cast a blessing on it. This soon ignited a rapid spread of the drink even greater throughout all of Western Europe. By 1650, coffeehouses expanded like wildfires throughout Italy and London.

Because of the number of intellectuals, politicians and other professionals that congregated at cafes, 'cafes' became known as 'penny universities'. At these establishments anyone could sit and hear great philosophical debates on politics, science, and current events. Even the word 'TIP' can be traced back to these’s establishments, where Englishmen would place coins in boxes "To Insure Promptness". 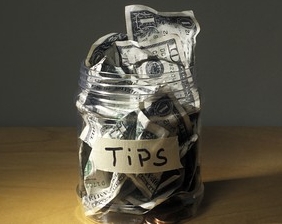 Once in Europe, coffee soon found itself in the medicine cabinets of both botanist and doctors claiming it as ‘cure all’ during the 17th century. Many of its therapeutic effects included counteracting drunkenness, smallpox, gout, and nausea. Although many of the medical claims held little to no truth, it would not be until recently that research would prove otherwise.