Events: The Chemistry of Cold Brew 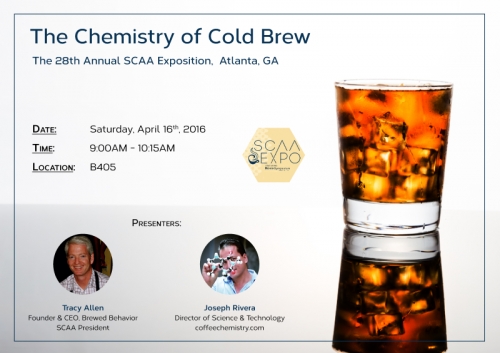 If you're attending the SCAA Annual Conference in Atlanta, GA this year, don't miss out on one of the most exciting lectures of the year - The Chemistry of Cold Brew.

As part of the SCAA Lecture this year, we will be co-presenting a session on the Chemistry of Cold Brew with the current SCAA President Tracy Allen and our resident coffee scientist Joseph Rivera.

The Chemistry of Cold Brew Coffee

This presentation will discuss the chemistry behind cold brew, extraction mechanics, and overall flavor chemistry as a finished product. A comparison between traditional and cold brewed coffee will be discussed, as well as its relation to beverage stability. Additionally, a discussion on the future growth of cold brew and consumer demographics will be explored as this emerging beverage rapidly enters the specialty coffee market.

Joseph served as the Research & Development Scientist for the Coffee Quality Institute and holds a degree in Food Chemistry. From 1999 to 2009 Joseph served as the Director of Science & Technology for the Specialty Coffee Association of America (SCAA) where he served as the industry's coffee scientist and Subject Matter Expert. After a decade with SCAA, Joseph left to launch an independent technical consulting firm where he’s worked with product engineers, patented brewing technologies, single serve innovations, and emerging cold brew technology for startups.

Allen began with Procter and Gamble taking on the role of Beverage Specialist. Which eventually led him to co-own Zoka Coffee Roaster & Tea Co. As one of the original members of the U.S. Barista Championship Committee and the first chair of the Rules and Regulations committee for the World Barista Championship, and served as a judge and judges' trainer for the USBC and WBC. He is also a Supertaster, Q Instructor and Certified Cupper. Most recently Allen was recognized as the sixth-ever SCAA member to receive the Mose L. Drachman Award for Outstanding Sales & Service.The culmination of the latter has now led Tracy to where he is today. Both the founder and CEO of Brewed Behavior and SCAA President.

For more information on this lecture as well as others, click here. 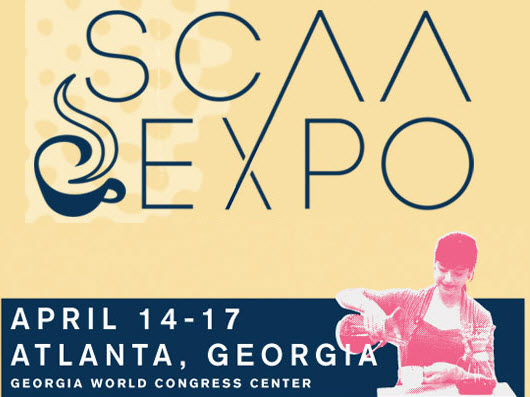