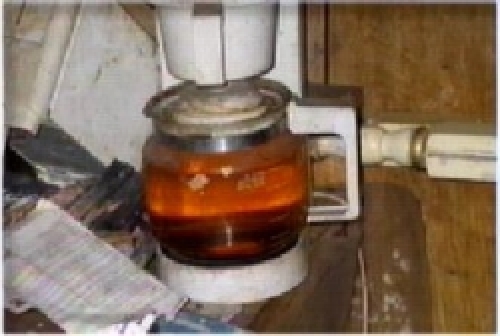 February 13, 2007 - According to a local news station in Huntsville Alabama, the ubiquitous cheap Mr. Coffee pot in hotel rooms is often used as a just-in-time makeshift mini-laboratory to make the drug meth.

The process which is relatively simple and employ, occasionally makes use of over the counter cold medication since it contains a key ingredient - ephedrine. In the latter distillation parts of the process, flammable solvents such as ether and acetone are used to extract the meth from solution, and its quite common for the "home-made meth labs" to explode.

So if you notice a particular chemical smell when entering a hotel room, make sure you don't stick around for the coffee, you may be in for a surprise.

Read 4710 times Last modified on Saturday, 19 March 2016 19:57
Tweet
Published in General
More in this category: « This Is Coffee (video) Caffeine Responsible for Anna Nicole's Death? »
back to top