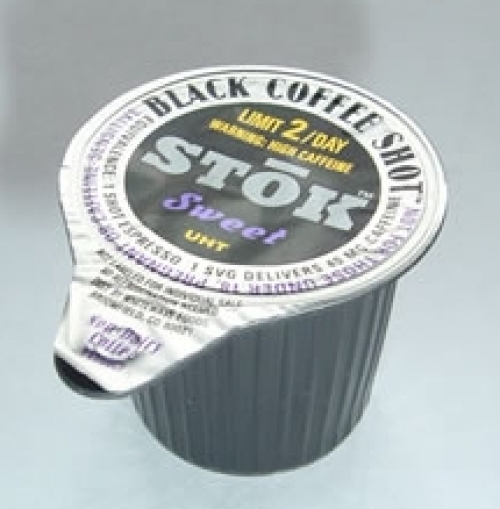 June 10, 2007- Caffeinated creamer? Sounds redundant, well apparently not. Whitewave Foods, a subsidiary of Dean Foods will be releasing a caffeinated version of a coffee creamer.

Marketed under the name "Stok" the creamer is due out around September of this year. Interestingly the "creamer" contains no cream or dairy product at all, but rather flavored aqueous caffeine intended for addition to coffee or consumed directly.

Although the product is not necessarily dangerous in and of itself, it does come with a warning label - "Limit 2/day. High Caffeine. Not for those under 18, pregnant or caffeine sensitive."

Those wishing to cause irreversible damage to themselves would need to consume 250 of these babies to reach a lethal dose of caffeine - or about 10 grams.

Stok will be available in both sweetened and unsweetened versions.