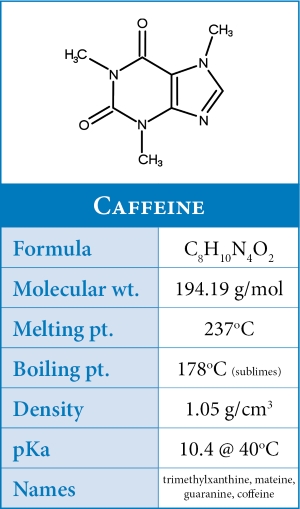 It's important to note that caffeine production by plants is not only limited to the coffee plant, but it found in over sixty plants worldwide. Caffeine levels in unroasted (green) arabica coffee, and robusta are approximately 1.2% and 2.2% (db). Meaning that if we get 100g of unroasted (green) coffee and performed an extraction, we would roughly extract 1.2 grams and 2.2g of caffeine per 100g of unroasted coffee. Why this major difference in caffeine in these two species? It is believed that this larger level of caffeine allows for robusta plants to thrive in more hostile environments as caffeine acts as a chemosterilant for insects.

In addition to difference seen between species, researchers have found slight differences across varietals - see Table 1 below. 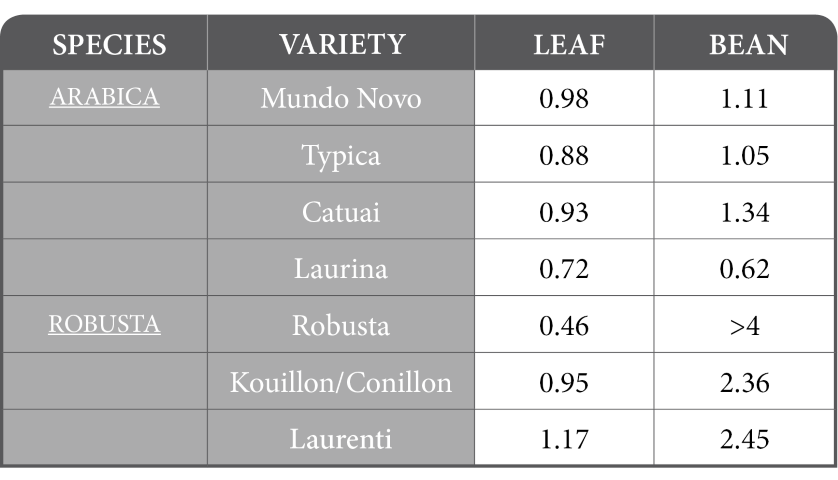 In the beverage, actual concentrations of caffeine depending primarily on the method of brewing and type of coffee used. As seen from Table 1, caffeine levels can vary significantly but its been estimated that 90% of the caffeine is extracted within the first minute of brewing. The variance in caffeine levels is attributed to several factors including extraction time, temperature, grind level and type of coffee used - making true calculations difficult to publish. 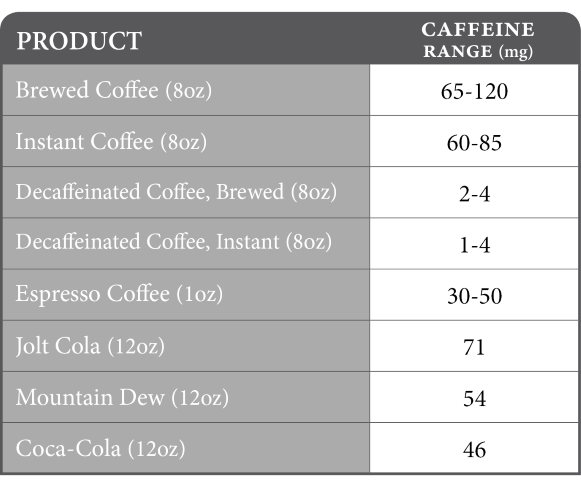 Contrary to popular belief, caffeine levels remain virtually unchanged after roasting - its high sublimation temperature and retention within the beans cells make it a very stable compound even at +400°F temperatures.

However, it is possible that coffee brewed from darker roasts may contain higher levels of caffeine, since more coffee is required to achieve the desired throw weight.

Recent studies have shown that drinking coffee coffee increases levels of dopamine and glutumate in the brain, thereby having a "pleasurable" effect on the drinker.

More in this category: Trigonelline in Coffee »
back to top