In just a few days many of us will be ringing in the New Year with family, friends and a few glasses of Champagne. But have you ever wondered why champagne has bubbles to begin with?

The reason may very have similar reasons to that of an unlikely product: coffee.

Champagne owes its sparkle due to the production of carbon dioxide (CO2) during the secondary fermentation of wine in the reaction below:

The reaction which states that during fermentation one molecule of sugar (C6H12O6) will convert into two moles of ethanol (CH3CH2OH) and two moles of gaseous carbon dioxide (CO2).

It is this CO2 that builds up and ultimately creates the pressure build up inside the bottle of champagne. Its also the reason we hear a loud "pop" that we've all come to appreciate during festive activities.

Of course there are a number of factors that affect the reaction, but depending on the extent of fermentation the final pressure inside a bottle can several times that of atmospheric pressure. 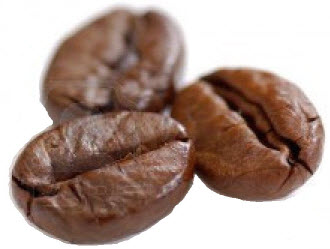 In much the same way carbon dioxide is produced in coffee, but not during fermentation, but rather during roasting through a series of complex reactions beginning at 302°F (150°C). And just like in Champagne, the final level production of CO2 will ultimately depend on the extent of the roast as well other factors.

Coincidentally the pressure inside a bottle of champagne and a roasted coffee bean are about the same.

So the next time you make a toast you have carbon dioxide to thank for in that sparkling glass of bubbly!

More in this category: « What do Beer and Popcorn Have in Common with Coffee? The Aroma of Green Coffee and Bell Peppers »
back to top