Differences between Arabica and Robusta Coffee 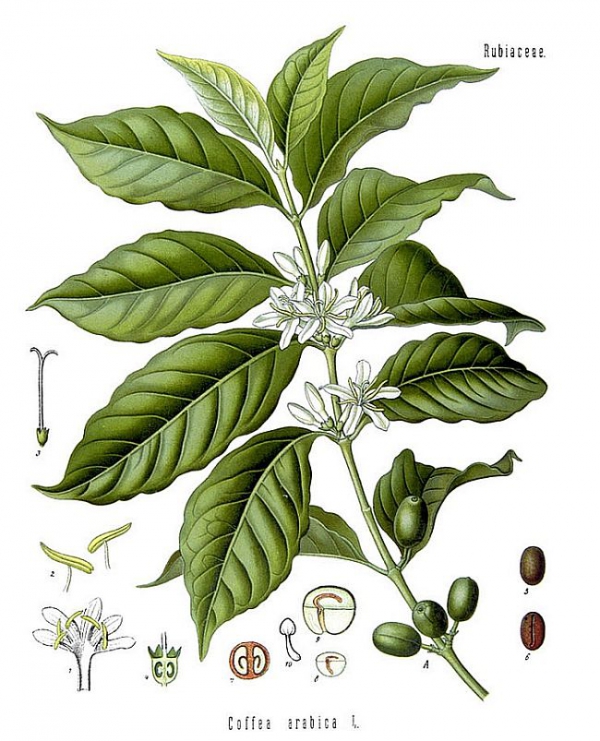 Although arabica and robusta coffee may appear similar appearance - there are a number of differences that significantly differentiate these two popular species of coffee. The following list points out a few basic differences.

Arabica coffee beans are have a slightly larger/elliptical shape than the smaller, more round robusta beans. Structural differences also exist between the beans, which may explain why both beans roast differently under identical conditions.

Due to their bitter taste, both caffeine and chlorogenic acid (CGA) are believed to act as deterrents for insects and animals. Because Robusta contains about twice the concentration of both caffeine and CGA, it the plant much more 'robust' in the wild.

Arabica contains almost 60% more lipids and almost twice the concentration of sugars than robusta. As a result these sugars  play an important role during the roasting process in creating several key aromatic compounds, as well as contributing to the body due to its greater level of dissolved solubles.

Arabica is self-pollinating plant, meaning the plant will have fewer mutations and fewer variations throughout its life cycle as compared to robusta.

Arabica has double the number of chromosomes at 44 than robusta at 22.
While not comprehensive these are some of the basic differences between the both coffee species.

More in this category: « Anatomy of a Coffee Bean
back to top