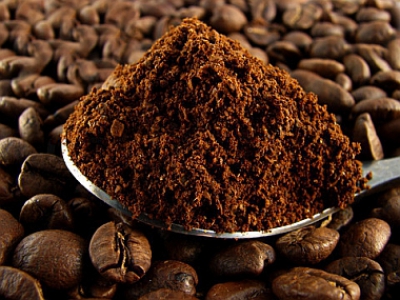 Before we can fully appreciate a finely brewed cup of coffee, we must take the laborious task of extracting important flavoring materials locked within the bean. The easiest way to do this of course, would be to place the entire set of beans in hot water and agitate - eventually after much time the flavoring material would extract into solution, but this method would soon prove impractical.

By now you got the idea, which is that by creating smaller particles you increase the rate at which solubles can extract from the grounds.

Table 1 below shows how the ratio of particle size increases over 10,000 times in an espresso grind when compared to the whole bean.

Table 1: Particle Size vs. Number of Particles per unit Weight

It is no surprise then, that creating smaller coffee particles increases surface area, such that there is a greater liberation of carbon dioxide gas (CO2) and absorption area for hot water to act upon. Smaller particles also shorten the distance from the center of each particle thereby increasing extraction of oils, solubles, and other flavoring materials.

Several factors act on the bean and ultimately affect the way the coffee behaves during grinding. These factors include:

In the 1940's, the US Department of Commerce established a testing procedure for measuring the distribution of particles. The equipment - called a RoTap - consists of four wire screens stacked on top of each other. When attached to a vibrating machine, particles inside the sieve fall through the various size screens to create a particle distribution.

The procedure involves measuring 100g of roasted ground coffee and placing it on the top sieve and allowing the machine to shake for 5 minutes. After the cycle, all the sieves are removed and the coffee remaining in each sieve is weighed. Using this method a particle distribution curve can be calculated then classified. Luckily the US Department of Commerce has taken defined some of the most common grinding specifications. See Table 2 below.

Source: US Dept. of Commerce

Since grinding plays such a critical role in beverage quality, it's important to match the grind level the brewing method. Obviously espresso requires a much smaller particle size than say French Press. Also, always grind the coffee as needed as increasing surface area rapidly causes coffee to go stale.