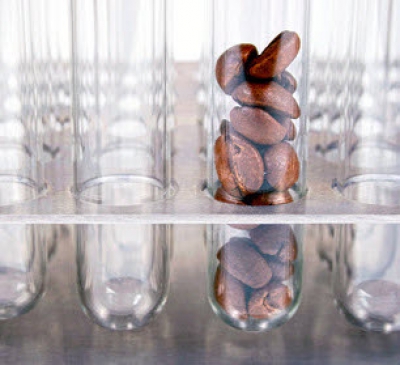 In both arabica and robusta coffee, free and bound proteins account for roughly 10 to 13% of coffee’s dry matter. Since proteins are made of smaller components called amino acids - these can vary significantly within each coffee based on a number of factors.

For example allowing the cherry to ripen further typically increases the levels of tryptophan, threonine, glycine, tyronine, serine, alanine, lysine and arginine. Likewise, storage of green coffee at elevated temperatures increase the concentration of several amino acids due to proteolysis and non-enzymatic reactions. The following table illustrates amino acid concentration for both arabica and robusta coffee. 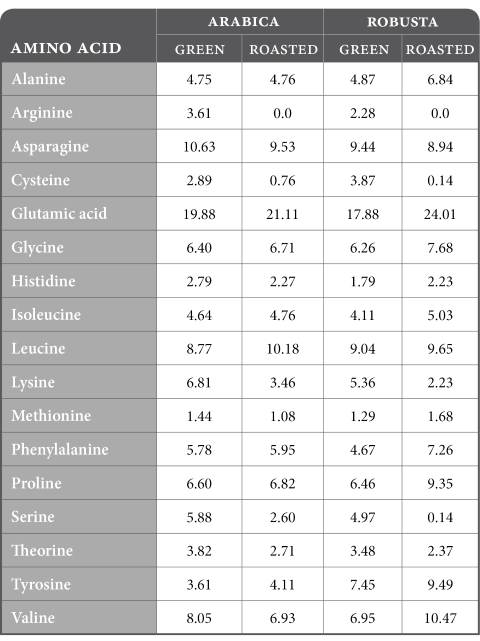 During roasting amino acids play a critical role in the development of color, aroma, and flavor compound via the Maillard reaction. Coincidentally it is these very same reactions that are responsible for the aroma produced when grilling a steak or baking a loaf of bread.